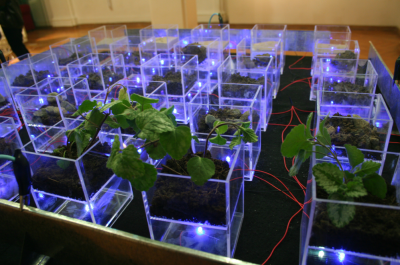 Work Title: “TRIGLAV how are you? -greetings from Merapi” Intelligent Bacteria – CHONSP

Volcanic activities has been supporting life on earth since the beginning of time. Tremendous power from earth itself has given indispensable life source for microorganism and vegetation. Nature and Humans bene␣t indirectly from the enormous amount of volcanic ash that will ␣utter down from the volcanic eruption in Merapi. Because volcanic ash contains essential minerals and trace elements, essential and indispensable building blocks for life on Earth. The main reason for this was caused by the components of the materials itself which mostly contains Carbon, Hydrogen, Oxygen, Nitrogen, Sulfur, and Phosphorus (CHONSP). After processed by microorganisms, the materials will give crucial macro-elements to support vegetation life, a soil enriched by CHONSP. But on the other hand, Volcanic materials during the eruption occurred contains toxicity if it inhale by life-forms such as animals and humans, a double edged impact in life and an unavoidable cycle of the Earth.

Since ancient civilization, mountains have been a symbol of massive power, which give prosperous lands but also holds a destructive power for the civilizations itself. The trails of ancient history could be found near inactive volcanoes and seismically active zones. At the current time, volcanic activities have in␣uences modern lives and civilization. Cities that is located along seismically active zones are facing threat from the tectonic and volcanic activities. With the large density of inhabitants alongside this zone, the destructive power of volcano eruption could easily destroy the cities where it stands. Its’ ashes block communication and navigations system, paralyzing radio communication and aviation transportations. Technologies have been developed to predict and study volcanic activities but still there is something that humans couldn’t interpret from the nature. [ text : Andreas Siagian ]